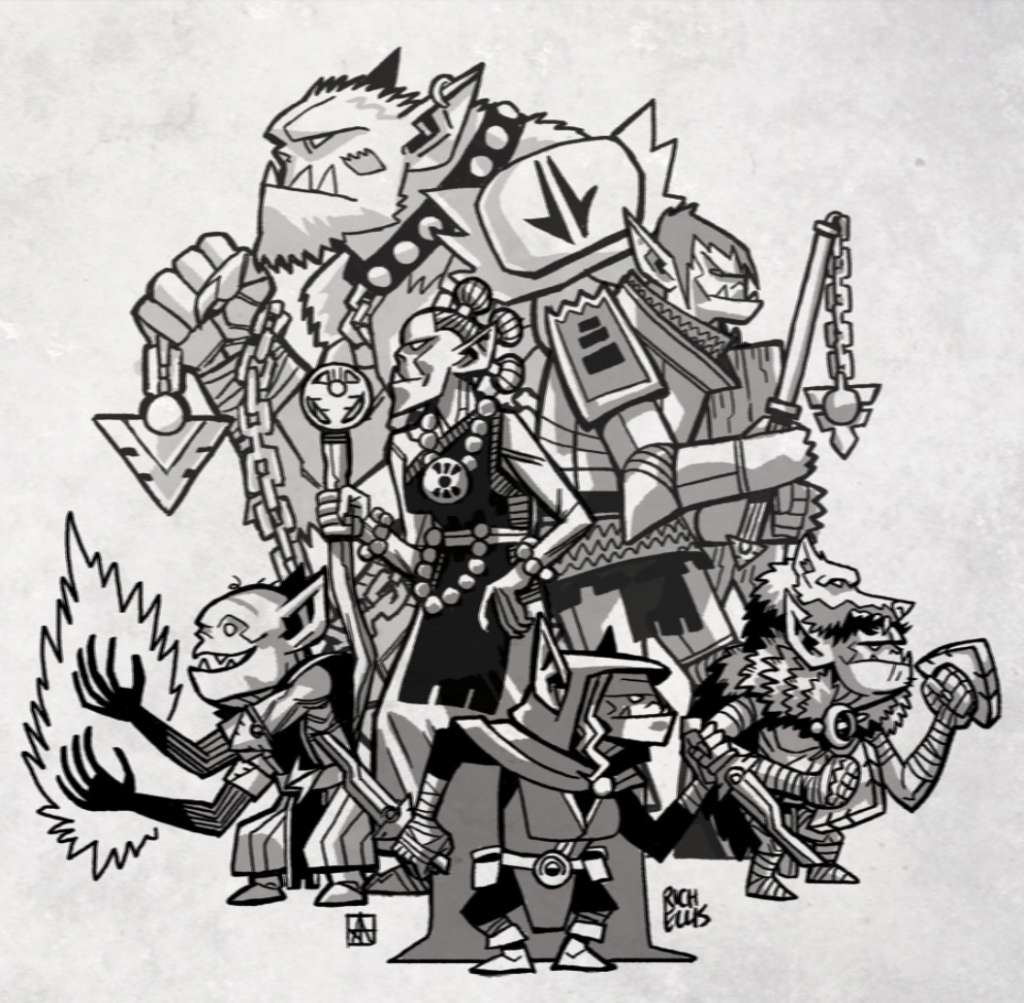 The Empire faces the greatest challenge in its history. Alien horrors have torn through the walls of reality and even the legions of Dhakaan can’t stop these terrors. Madness is sweeping over cities and your kin are being transformed into monsters. No mortal can face the Lords of Xoriat in battle. But you’re no longer mortal. You’ve fought your way back from Dolurrh to protect Dhakaan. You’re a Phoenix, and you have seven lives to save the world.

In the past people have asked me how I’d adapt Phoenix: Dawn Command to the Eberron setting. The trick is that PDC is designed to tell a specific sort of story: a tale of champions who may have to lay down their lives to defend the world they care about. The default Eberron setting of 998 YK is intentionally open-ended… there’s a lot of problems brewing in the world, but you don’t have the sort of existential threat that drives the action of Phoenix. But there’s a period in Eberron’s history that fits the bill nicely, and it’s a period I’ve always wanted to explore in more depth: the conflict between the Empire of Dhakaan and the forces of Xoriat, the Realm of Madness.

So look back through the ages, to a time before humanity set foot on Khorvaire. It is a golden age. The elves have been driven back to their foul island. The aggressive lizardfolk and savage orcs are confined to the barren wilds, lands with no value to the Empire. It’s an age of order and reason… and perhaps this is what drew the many eyes of the Daelkyr. Now Xoriat is unleashing its power against Dhakaan. The war takes many forms, each one more terrible than anything that’s come before. Armies of aberrations surge through gates and manifest zones. Soldiers fall beneath the gaze of the eye tyrants. Flayers feast on the brains of living prisoners, and their bodies are used to create new monsters. Dhakaan has the finest armies in the known world, but many of these threats cannot be fought with steel or adamantine alone. What army can triumph when madness turns allies into enemies? Defeating the Daelkyr will require champions who can venture into the deepest darkness and wrest the secrets from this foe. You may not survive the battles that lie ahead, but it won’t be the first time you’ve died and it won’t be the last.

SEVEN LIVES TO SAVE THE EMPIRE

The principle of Phoenix is simple. You lived a normal life and you died. You could have been a hero in your first life — a deadly assassin from the Silent Knives, a dirge singer, a chainmaster — or you might have been a simple farmer or bootmaker. But regardless of your achievements in your first life, you possessed courage and strength of will… and these things didn’t go unnoticed or unrewarded. Your spirit was pulled from Dolurrh and into a demiplane of Irian known as the Crucible. There, you went through trials to prove your courage and to hone your skills. You overcame every challenge you faced, and now you have been reborn. You’re infused with the power of the Eternal Dawn. You’re not immune to the corruption of Xoriat, but you can resist it and take on enemies that no mortal could face. If you die, you’ll return to the Crucible once more, and if you can overcome the trials again you will return even stronger. But there’s a limit to the power you can contain. You have seven lives to save the Empire; after that, you can finally rest.

One of the nice things about Phoenix is that the powers of a Phoenix overshadow racial differences. So as a Phoenix, the differences between a goblin and a bugbear are largely cosmetic… though easily represented by traits. As a goblin you might take Small & Quick; as a bugbear you could take Too Big To Fail. So let’s consider a wing of Phoenixes you could find in Dhakaan…

This small unit can go places no legion could reach and face enemies that would scatter armies. The fight against Xoriat will take them into Kyrzin’s liquid labyrinths and toe to toe with the colossus of Orlassk. If you’ve ever wanted to grab a beholder by the eyestalks and hurl it into an army of dolgrims, this may be the story for you.

HOW DOES THIS WORK?

This is a high-level idea for a Phoenix campaign. If you have the Phoenix: Dawn Command core set, you could choose to set your story in the last days of Dhakaan instead of Dalea. Many of the existing Challenges can be reflavored to fit the storyline; the Chant is a contagious madness created by the Daelkyr, the Fallen lesser spirits of Xoriat or opportunistic spirits from other planes. The core story remains intact: you are the champions of the Empire, seeking to defend its people against supernatural terrors. Because of the nature of Phoenix you don’t need special rules for different goblin subspecies; the characters described above are all made using the standard PDC creation tools.

What I love about this is that it’s an opportunity to delve into an interesting period in Eberron’s past and to be on the front lines of an epic struggle. It could be an interesting parallel to a modern D&D campaign that’s also dealing with the Daelkyr; perhaps the Phoenixes in the past will manage to stall a threat that will finally become active again in 998 YK. But it’s well-suited to the things Phoenix does best: high-stakes action, suspense and mystery.

As Eberron remains under lock and key I’m limited in what I could do to support this… but there’s a lot that could be done without treading on Eberron’s unique IP. I couldn’t specifically incorporate the Shaarat’khesh or the Duur’kala, but I could write up some ideas about an empire of goblin assassins and hobgoblin bards facing an invasion of horrors from beyond time and space. If you’d be interested in seeing a PDF of PHOENIX: GOBLIN WARS, let me know below!

Phoenix: Dawn Command is currently available at the Twogether Studios website. The core set is currently $59.95 with free shipping in the US; this gives you everything you need for a gamemaster and up to four players, including a seven-mission adventure path (not set in Dhakaan, but it could be adapted…). If you have questions or thoughts, post them below!

I have a somewhat opposite question, a thought experiment if you will. Is it possible to run a game of Phoenix with the D&D system? What would be the main challenges?

It’s not as simple as it seems. PDC is designed around the idea of heroic sacrifice; D&D is a game where death generally means failure. Here’s a few critical design differences.

Basically, Phoenix isn’t just like D&D but you level up when you die. D&D is built around the d20, a random factor with a wide variance. It has a lot of uncertainty. PDC is built around emphasizing player choice. You have your resources in hand and you need to decide how to spend them. You don’t die because you made a bad roll; you die because the thing you’re trying to accomplish is so important that it’s worth it to die if that’s what it takes.