There are far too many things in the world. Books, movies, Kickstarter projects, snacks… How can anyone expect to keep up with them all? A list of all of my favorite things of all time would take more bandwidth and time than I have, but I figured I could start by talking about a few of the things I’m enjoying RIGHT NOW. 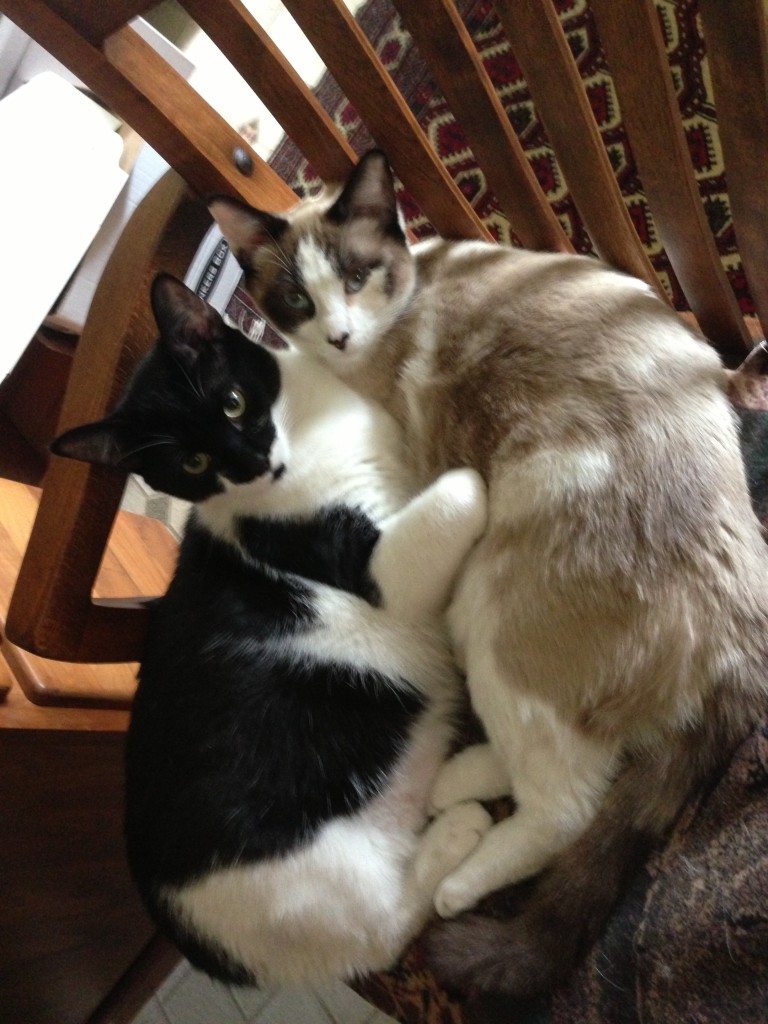 ADORABLE KITTENS. OK, these are a perennial favorite… and let’s face it, if you hate adorable kittens, you probably want to avoid the internet. One year ago today, Jenn and I acquired a pair of kittens from the PDX Animal Rescue & Care Fund. While Haggis has already used up two of his nine lives, they are an endless source of heartwarming youtubeable moments. Given how much joy my own rescued animals have given me, I wanted to share Anne Wheaton’s latest activities. She and her husband Wil are currently raising money for the Pasadena Human Society, and she’s put together a calendar for those who support the society. Here’s Wil’s blog about the project; the link to donate to the cause; and Anne’s video about the calendar. For the same cost as a backing a Kickstarter that might never actually happen, you can help dogs & cats who need good homes. And if you’re a PDX local, I recommend checking out the ARCF link above and the Pixie Project! 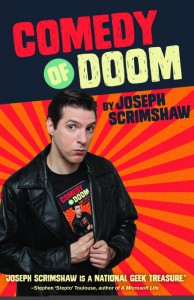 COMEDY. I’d heard rumors of Joseph Scrimshaw‘s amazing cheese-eating prowess over Twitter, so I attended a few of his panels at DragonCon. At each of those panels, I literally (and I mean literally) laughed so hard it hurt. I picked up his book Comedy of Doom, and I recommend it to anyone who wants to be emotionally prepared for the Zombie Apocalypse, anyone who wants to understand the deeper subtext of Superhero Mario Bros, or anyone who, like Joseph, wishes that Sid and Marty Krofft had produced an LSD-infused puppet show called H.P. Love’N’Craft. 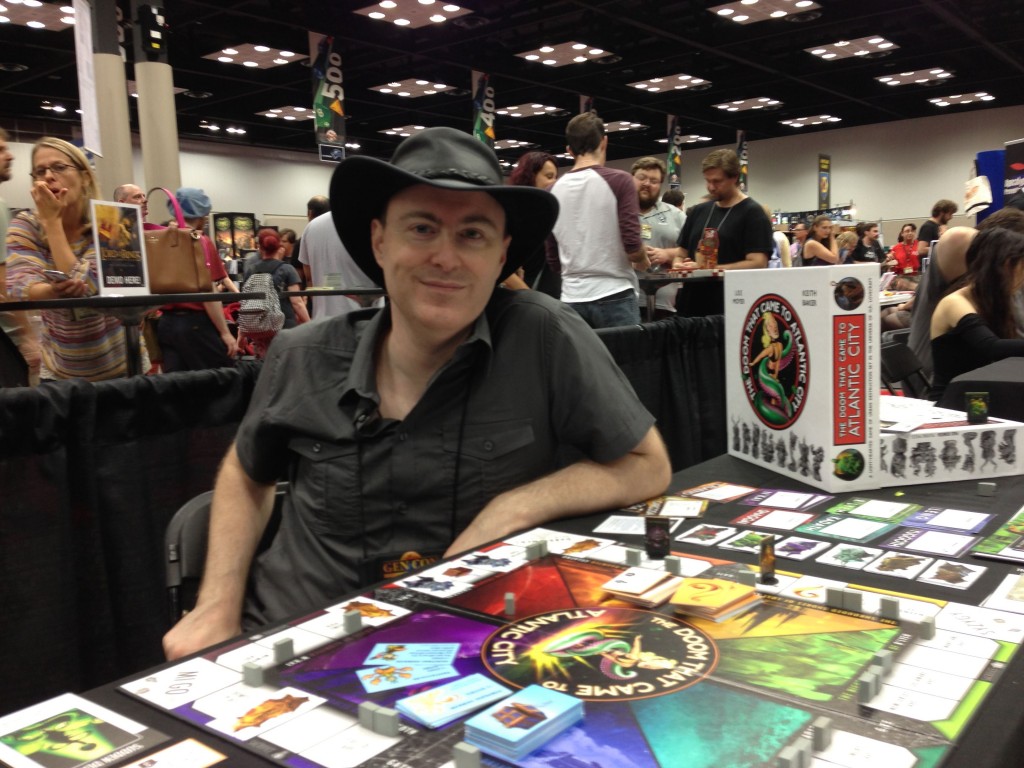 GAMES I’VE PLAYED RECENTLY. As I’ve been at conventions, I’ve actually been playing a lot of my own games. Cryptozoic produced a great demo set of The Doom That Came To Atlantic City for GenCon, though they haven’t had a chance to create the minis yet. But as much as I love Doom and Gloom, this is really about OTHER peoples’ work that I’ve enjoyed. I had an opportunity to play Fiasco with game creator Jason Morningstar at GenCon, and if you haven’t yet encountered Fiasco, DO IT NOW. It’s a brilliant collaborative storytelling game that requires no preparation or gamemaster; it’s just a fantastic framework for setting a story in motion. I’ve actually used Fiasco as a tool in other worldbuilding projects, not to design worlds, but do develop details for cities and to see where players will go with particular concepts. Seriously, if you’re not familiar with Fiasco, you should be. Unless, you know, you hate stories. And fun.

Another game I’ve been playing quite a lot lately is Timeline. This is an extremely simple game that’s a cross between a historical trivia quiz and Uno. You have a hand of cards you need to get rid of, each of which is a historical event. There’s one or more cards in the center of the table, which form a timeline. One your turn, you have to place one of your cards in that timeline… and then see if you’re right. Which came first, the electric dishwasher or the electric dryer? What about Alice in Wonderland or the Colt revolver? It’s very simple, but that’s its strength; it takes less than a minute to explain and generally less than ten minutes to play, and it’s something that I’ve been able to play with family members who’d never touch something as complicated and exotic as Gloom. Of course, having compared it to Uno (in that it’s a card game in which you win by getting rid of all your cards), I’m now tempted to make a variant that includes skip/reverse/draw and other action cards…

KICKSTARTER, RPGs, AND KICKSTARTED RPGS. I recently backed a Kickstarter project called Tablets & Titans. Developer Steve Radabaugh is pursuing something that I’ve been interested in for some time: developing a tabletop RPG that is native to iOS and android devices. This isn’t about creating a solo rpg or even a virtual tabletop for playing at long distances, but rather to allow players and gamemasters around a table to be linked through the app and to have the app track and handle the mechanical elements of the game. Radabaugh’s goal is to create a modular system that lets the gamemaster slot in the elements that are relevant to a particular campaign – magic? Modern weaponry? activate the systems you want players to have access to. This isn’t supposed to supplant the imaginative and storytelling aspects of the game; the gamemaster still tells the story, and the app handles the mechanics. I haven’t seen much of Radabaugh’s system , and I don’t honestly know how deep he’s planning to go with it. But I’m definitely interested in seeing more products like this out there. These days I get most of my RPG books in PDF form, and I’ve worked on a number of projects myself where we’ve considered the possibilities of making the system tablet-native from the get go. Tablets & Titans isn’t shooting for the moon. Its goals are humble and at the moment you can get on board for $12. It’s not going to be Shadowrun Returns or Torment: Tides of Numenera, but I’m interested in seeing where it goes, and I’m supporting it.