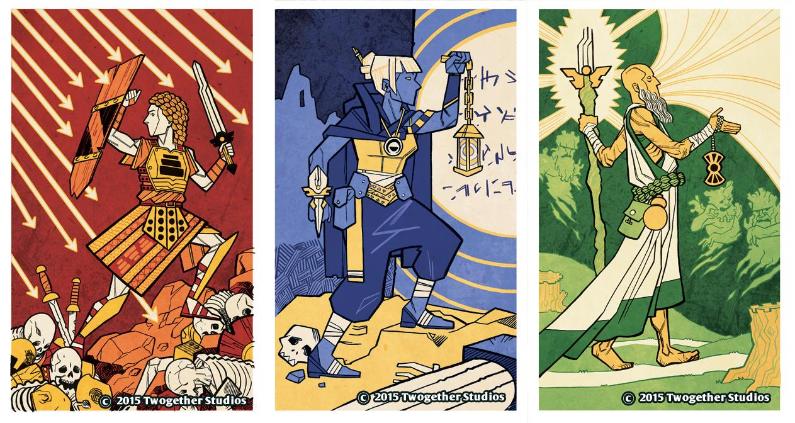 As I write this, there’s seventeen hours left in my first Kickstarter campaign. We’re closing in on a thousand backers, which is an amazing experience. I wanted to take a few moments to reflect on why I’m so passionate about this project and why I’m so grateful to everyone who’s put their trust in me.

A World Without Limits

I’ve created a lot of worlds you’ve never seen. Collectively I’ve spent a decade developing worlds for MMORPGs that have never seen the light of day. As I don’t own any of those ideas, they’ve slipped into the IP tar pits never to be seen again. Eberron was my first opportunity to share a world on a wide scale, and it’s been an amazing, life-changing experience. I hope there’s a future for Eberron, but it’s out of my hands. I’ve supported it as far as I can on forums and on my site, but there’s many things I’d like to do that I can’t.

Phoenix is a chance to share a world without those limits – a world that can be explored as deeply as time and interest allows. I’ve probably done it a disservice by focusing on the unique mechanics of the game – card-driven resolution and advancement through resurrection – as opposed to the world itself. Phoenix has a simple premise that can be summed up in a sentence, but the world itself is filled with layers and mysteries. It’s a world without easy answers, with room for both intrigue and action, and I’d love to develop it further in both games and fiction. And like Eberron, it’s a world I want to share. I’ll give you my answers to its mysteries, but I want you to be free to come up with your own – to take any inspiration it offers and run with it.

A Different Sort Of Story

You could separate the setting and system of Phoenix if you wanted. With some work, you could translate it to D&D or use the Phoenix system in Eberron. However, the system excels at telling a certain sort of story – and the setting is built around those stories. It’s a setting where the stakes are high, the odds aren’t in your favor, and where your missions are more important than your lives. I’ve run over ninety sessions of Phoenix over the last few years, and I’ve killed a lot of characters – but I’m amazed how often those deaths feel like triumphs instead of failures. My co-designer Dan Garrison wrote a piece about this, using examples from actual play sessions.

I could write pages and pages, but the key is that I love both the world and system of Phoenix: Dawn Command. Thank you to all of you who have made this possible, and who are taking a chance and exploring this new world with me.

This is going to be my last blog post before the campaign is over, so for anyone who’s just learning about it for the first time, here’s a few things that might be useful:

That’s it! If you have any questions please ask, otherwise I’ll see you on the other side.