There’s a lot of things in the oven here at the Bakery. While I was at PAX, I did an interview with the Penny Arcade Report, and it just got posted here, so check that out. Expect to see an Eberron Q&A later in the week, along with an expanded discussion of some of the questions left hanging at the PAX panels… including “Did you announce your next big thing?”

But before it all slips through my mind, I want to take a moment to write about some of the fun things I saw and did at PAX Prime.

Who has it worse… Imperial stormtroopers or redshirted ensigns? There’s books devoted to comparing Star Wars, Star Trek, and the other giants of science fiction, but I decided to approach the question in my own way – by designing a set of sci-fi Gloom and seeing who can survive the worst indignities. Can Wesley escape when he’s Targeted by Terminators? What happens when Han Solo Marries Troi’s Mother? While Matt Forbeck’s book shows that it’s technically possible to get something like this published, it’s just something I put together for fun. So if you want to help Data Hook Up on the Holodeck, you’ll have to catch me at a convention to play a round! 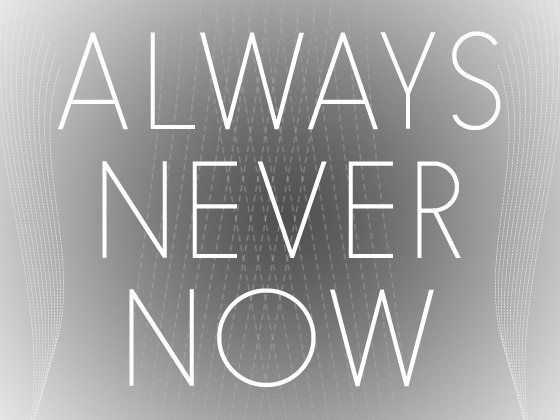 Sunday afternoon I was lucky enough to play a session of Always/Never/Now with creator Will Hindmarch. While I’d heard of Lady Blackbird, I’d never played any game using these mechanics, and I really enjoyed it. For those who don’t know it, this is a simple RPG system which a few key features. Characters have four traits that describe their major abilities; for example, mine were Escapist, Businessman, Burglar, and “Stand-Up Guy.” Each trait has a number of tags – elements that may or may not apply to a particular task associated with that trait. So for “Stand-Up Guy” I had the tags Honest Face, Wit, Guile, Charm, and That Smile. When performing an action with that trait, I’d get an additional die for each tag that applied – so I could be charming in most situations, but I’d have to work to explain how my honest face or That Smile worked over a radio.

Experience is gained through keys. Each character has a set of circumstances that provide experience each time they are met. So one character got an experience point every time other people carried out a plan he’d devised – giving him a concrete, in-game reason to try to be a strong leader. For my part, I got experience every time I made people laugh and when I convinced them of something that wasn’t true.

I had a fantastic time with the system. The keys really drew me into wanting to embrace the character concept as fully as possible… how can I turn this scene into something that will get a laugh? Meanwhile, the trait-tag system helped with the common issue of “I just want to roll Diplomacy – I don’t really want to explain how I’m doing it.” With the tags, the more detail I could add, the more tags I could justify… and it was an intriguing challenge to say “OK, how exactly can I be ‘charming’ here?”

Anyhow, if you’ve never tried the system, I suggest you check it out! A/N/N isn’t out at the moment, but will ultimately be available as a free download. Until then, check out John Harper’s Lady Blackbird! 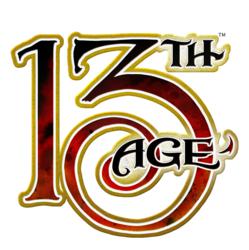 Early in 2011, I had the opportunity to work with Jonathan Tweet and Rob Heinsoo, doing some early concepting work on what has now become 13th Age. I’ve been a fan of Tweet’s work ever since Over The Edge, and I had a great time brainstorming icons and oddities with Rob and Jonathan; my favorite contribution are the Koru Behemoths, and I swear it’s a coincidence that they share my name. I was only involved in the initial concepting, and lost touch with the project when I moved to Texas, so PAX was my first opportunity to sit down and play a session with Rob.

The game bears the fingerprints of its designers. Rob calls it his “love letter to D&D”, and there’s certainly a lot of elements that will feel familiar both to D&D players in general and 4E players specifically. I played a gnome bard, and I had the familiar six stats, hit points, a form of healing surge & second wind. At the same time, there are a number of elements that are more flexible and story driven than is typical for D&D. The skill system reminded me of Over The Edge. Rather than having a specific set of twenty skills that all characters choose from, players come up with a certain amount of points to invest in backgrounds for their character. So I might say that as a child I was a Calendrian Pickpocket (and invest 3 points in it), turned that into a career as an Inquisitive (for 4 points), and that I’d always had a knack for Getting Out Of Trouble (3 points). Like the tags in A/N/N, if I can explain how my background applies to a situation, I can use the bonus. So “Inquisitive” fills the role of Search/Perception, but could also be used to justify research, knowledge of local laws, contacts in law enforcement, and so on. Obviously it’s up to the DM to approve backgrounds, so I can’t take 10 points in “Alien Supergod”… but it’s a system that helps me define my character beyond the basic combat abilities of my class.

Backgrounds fill the roles of skills, but if 13th Age has one unique thing, it’s well, one unique thing. One of the most important steps of creating a character is to come up with something truly unique that makes your character one of the most remarkable people in the world. The DM works to weave this into the world and the campaign. For example, the drow sorceress decided that her “mother” actually created her from a dragon’s tooth; as there are four very important dragons in the game, the question of which dragon would be an interesting long-term issue… and in the short term, the sorceress had the chance to exert her influence over a group of lizardfolk we encountered (despite having no concrete mechanical ability to do so). I decided my character was a figment of the imagination of a young boy given power by the nefarious Diabolist… essentially a blend of Twilight Zone’s “It’s a Good Life” and Written By A Kid. Part of my idea was that long term, my backgrounds would actually change; this time around, I had three points of “Pirate King”, but by the next adventure the kid would have changed the story and I’d have some entirely different over the top background, with no memory that it had changed.

I’m not trying to cover every single point of 13th Age here. There’s lots of other interesting things. Google it and you can find out more about the Escalation Die, the Icons, and other elements of the game. And if it sounds like your thing, you might want to take a look at the Kickstarter they’ve got running for the first expansion… back it now and you can get a PDF of the basic rules!

I’ve got a big backlog of questions, related both to Eberron and gaming in general. Over the next few days I’ll get to some of those. I’ve got a few more ideas for ongoing features for the site, but I doubt you’ll see any of those until next week. In any case, check back soon… and as always, ask questions below!