In May I successfully raised the funds to produce Phoenix: Dawn Command, thanks to 1,100 awesome backers. I’m continuing to work on Phoenix and I can’t wait to share it with the world. In the meantime there’s a new host of crowdfunding projects up online. I’m pitching in on one of them, but I think they’re all worth a moment of your time. Take a look and see if any of them interest you!

And if you’re curious what I’m up to or came here looking for an Eberron Q&A, check out my previous post! 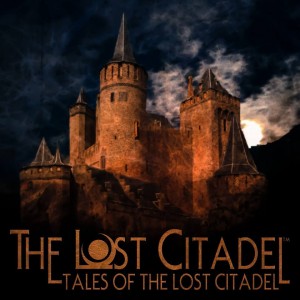 TALES OF THE LOST CITADEL is a transmedia anthology, blending fiction, art and music together to create a compelling and terrifying fantasy world. For all intents and purposes the world of Zileska has come to an end, but there is one last bastion of civilization in this world of the dead: the city of Redoubt. Project organizer C.A. Suleiman has assembled a remarkable team, including Ari Marmell, Erin Evans, Todd Lockwood, Janet Morris, and many more… including a story by me! As shown by Phoenix, I love the intersection of horror and fantasy. Zileska is a fascinating world, and I want to see more of it, so please help make this project a reality! 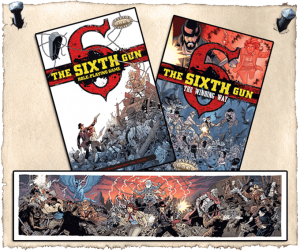 THE SIXTH GUN is a series of graphic novels created by Cullen Bunn and artist Brian Hurtt. It’s a fantastic supernatural Western adventure. Reading it made me want to play Deadlands. Now Pinnacle Entertainment Group – the creators of Deadlands – are creating a Sixth Gun RPG that will be completely compatible with the Weird West! As of my writing this, there’s only 26 hours left in the campaign – so if you’re interested, check it out now! 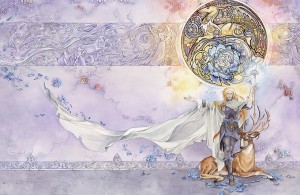 BLUE ROSE is The AGE Roleplaying Game of Romantic Fantasy. The first edition of Blue Rose was released in 2005; this campaign is creating a new edition using Green Ronin’s AGE system, as recently seen in the Titansgrave: Ashes of Valkana webseries. I admire Green Ronin’s work and their drive to go beyond traditional fantasy tropes. Take a look and see what you think!

Finally, SHERWOOD’S LEGACY is the latest game from designer Thomas Gofton. It’s described as a cooperative tower defense game; working as a team, you must hold out against the forces of the Sheriff for ten turns. This is fully funded and stretch goals are being unlocked: there’s one week left to go!