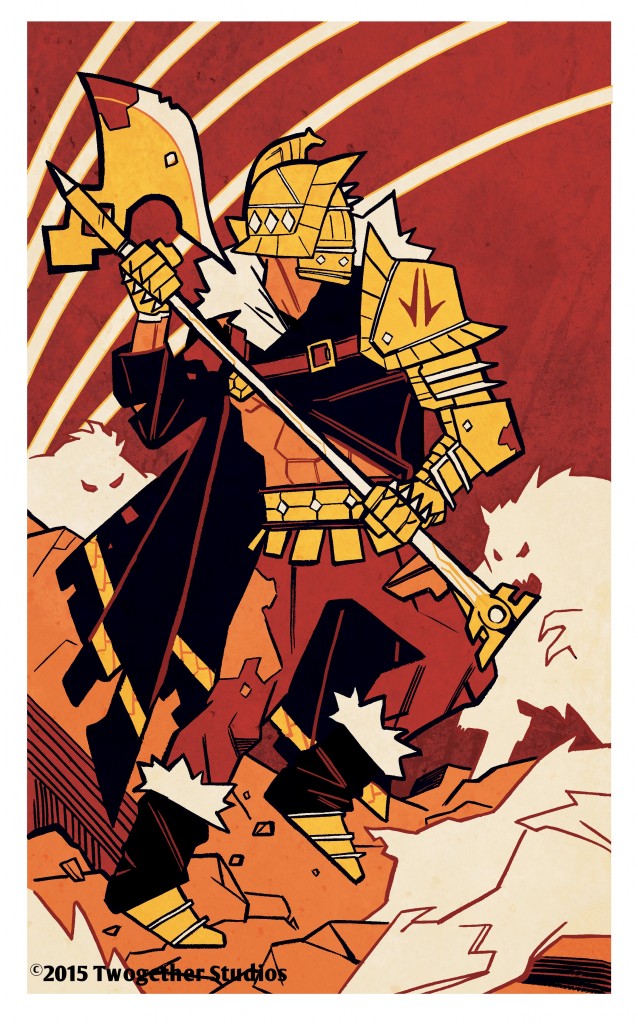 In Phoenix: Dawn Command (now funding on Kickstarter) you normally build your character from the ground up, choosing your School, your Traits, and your lessons. You answer questions about your character: Who were you in your first life? How did you die? What gave you the strength to come back? You can watch a video overview of this process here. However, we also provide a set of pregenerated character in case you want to get started right away. Each of these character provides a glimpse into different aspects of the world. Over the next few days I’m going look at a wing of Phoenixes, and these characters will be featured in the gameplay video we’re releasing later in the campaign.

Yesterday I presented Elegy, the Shrouded Phoenix. Today we’re looking at the Bitter Phoenix, Wolf. Each School is defined by the nature of a death and the lessons you take away from it. The Bitter died in failure, and they are driven by vengeance. The Bitter gains strength from being wounded, and a Bitter is most powerful when close to death.

The Bitter school is driven by aggression and force. Wolf’s Endless Rage allows him to enter a berserk state that increases his power at the cost of his defense. His Reckless Trait lets him ignore defense entirely to launch a strike at a would-be attacker. His other Traits – which aren’t innately tied to his School – still reflect his aggressive nature. This list doesn’t include the core lessons common to all Bitter Phoenixes, so there’s a little more to a character than you see here.

Wolf comes from Skavia, the northern region of the Empire, but there’s a twist: when Wolf died, the Empire didn’t exist. Phoenixes gain their powers in a spiritual limbo known as the Crucible, and time has no meaning there. Wolf died hundreds of years before the current events of the game, and he is now returning to a new world. This is noteworthy because the old Skavi people use to make bargains with the supernatural beings known as the Fallen Folk. The Phoenixes drove the Fallen from Skavia when they brought it into the Empire, and abolished these traditions. To most people in the modern age the Fallen are merely legends; but Wolf knows the reality.

Our Wolf is fairly straightforward. He was a mighty warrior in the past, but underestimated the Phoenixes. Shamed by his defeat, he seeks to die a truly worthy death… which is a good match for his Reckless and Death Wish Traits. But he still cares about his homeland, and he won’t let it be consumed by the Dread.

This Wolf has avoided any sort of connection to the Fallen Folk. Another Wolf could have played up that angle, in which case they’d need to work out the details with the GM. Again, in the modern world the Fallen are simply legends; the idea of an unfulfilled bargain could make for an interesting long-term story hook.

Wolf is a fierce warrior, but everyone’s afraid of something. Our Wolf didn’t have any dealings with the Fallen, so he takes the Phoenix who slew him as his greatest fear. Meanwhile, he finds a connection with Elegy.

The Skavi have a tradition of masks, which was particularly important in Wolf’s time; you never want the Fallen Folk to know your face. His Talon is his default weapon.

Wolf is ready for action… Bitter, vengeful action. Tomorrow we’ll take a look at his opposite number: the Durant Shepherd.