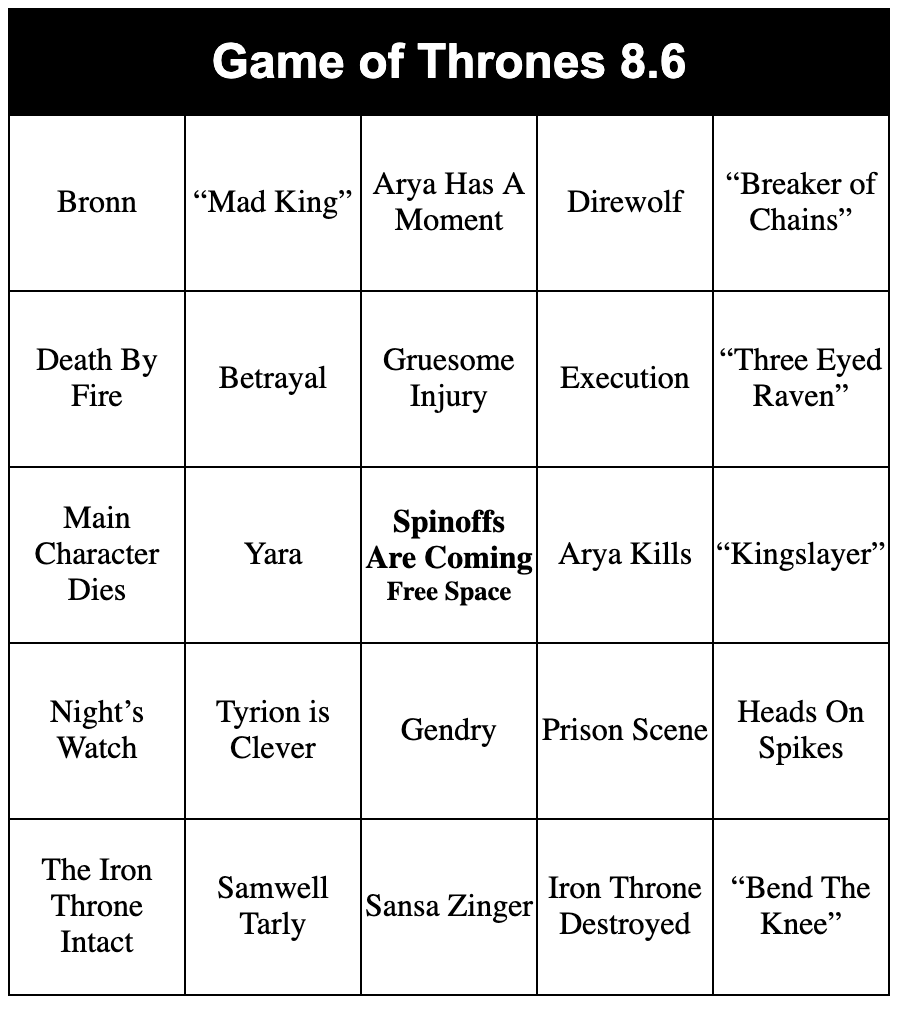 1 thought on “Game of Thrones Bingo: The Finale!”