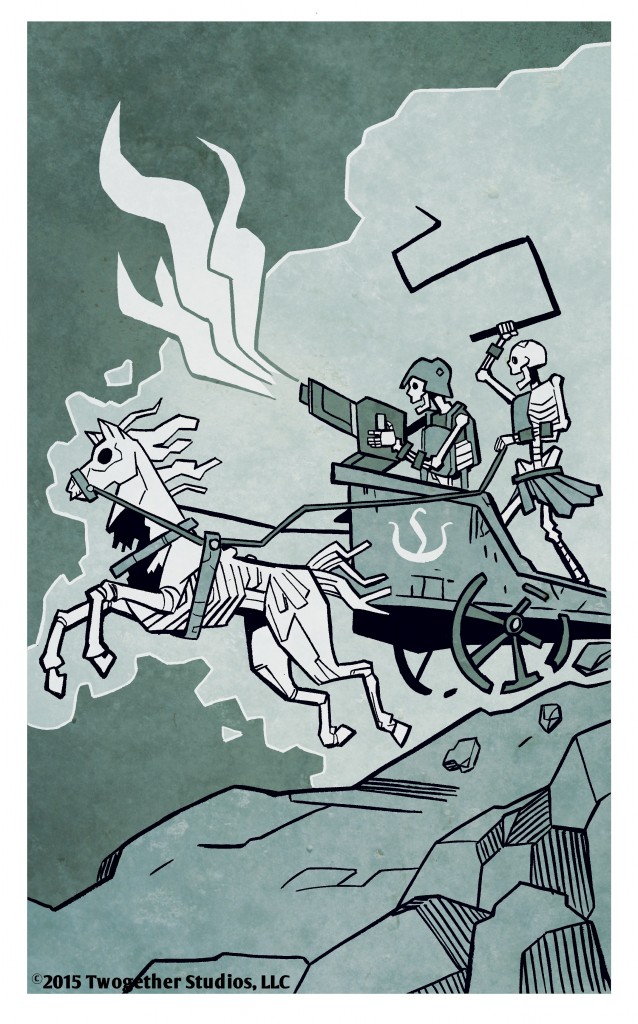 Our world is under siege. You are among the few who can turn the tide. You have passed through death and returned stronger than before. You are a Phoenix, and you are our last and only hope.

In this dark time we have one hope: Phoenixes are returning. Every citizen knows tales of the Phoenixes, champions who can face death and return stronger than before. In the centuries following our brutal civil war the Phoenixes have become legends… and now you are one of them. Whoever you were in your first life, you have overcome the challenges of the Crucible and returned to the daylit world with the power to face the forces of the Dread. Go forth. Complete your mission, discover what you can of the enemy, and don’t place too high a value on your own life. Die well and you’ll return stronger than before. Just make certain that you make each death – and each life – count.

This is the basic story behind Phoenix: Dawn Command. The original Phoenixes founded the Empire, and put an end to the dangerous magical practices of the First Age. Following the civil war, the Phoenixes relinquished control of the Empire, and over the generations their numbers dwindled and they became legends. For centuries the world was at peace… and then that came to a sudden and terrible end. No one understands the Dread. No one knows if the undead army advancing inexorably from the south has anything to do with the Chant that has destroyed cities or the vicious beasts ravaging the Fens. As a Phoenix you have the power to face threats no mortal could hope to defeat. But a single victory is worth little if you can’t discover why this is happening.

Phoenix: Dawn Command is driven by this core story. Every character has been touched by the Dread. In character creation you will determine how you died and what gave you the strength to return. What have you lost, and what do you have left to fight for? It’s not a story about searching for treasure; it’s about having seven lives to try and stop the horror that is destroying your world.

Phoenix: Dawn Command is on Kickstarter right now! To get the latest news, follow us at @Twogetherstudio on Twitter or go to Twogetherstudios.com to get on our mailing list. In my next post I’ll talk more about the card-driven mechanics of Phoenix; in previous posts I’ve explained What’s a Phoenix? and looked at the central element of Death and Rebirth.

Also: Dan Garrison and I were on the most recent episode of the Going Last Podcast talking about Phoenix. Take a listen!