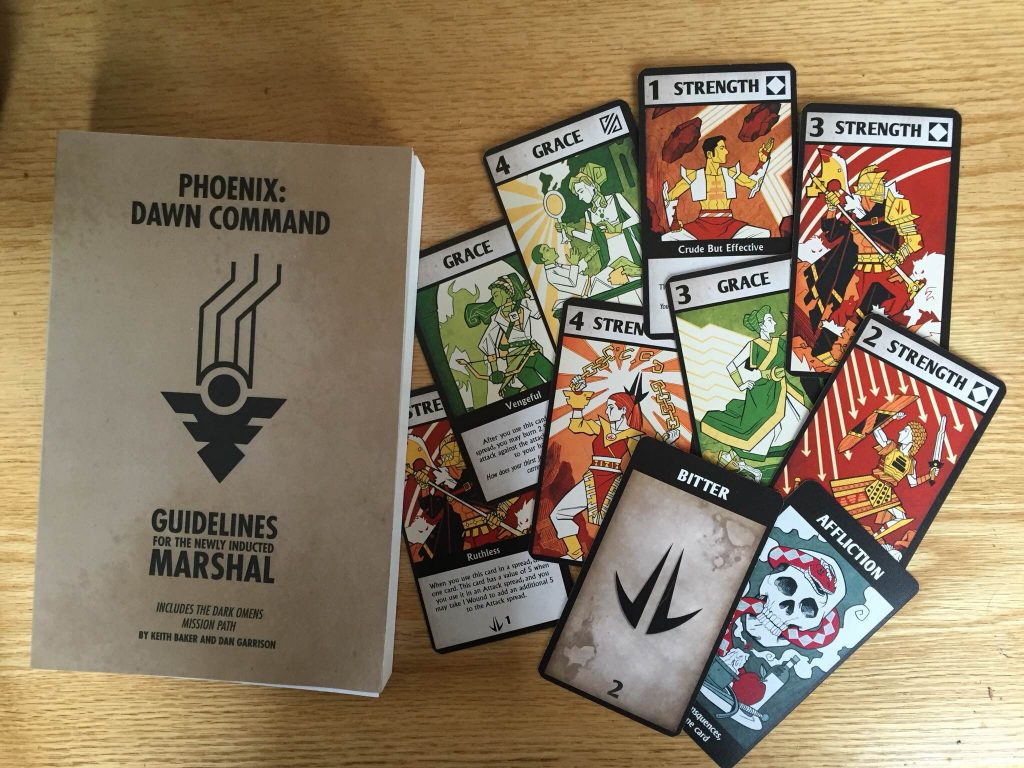 This is my first post of 2016. What gives? Well, it all began in January, when I was kidnapped by the Hairy-Handed Hoogleworts from Under-the-Bed and forced to dig for nightmares in the Dream Mines of Tangleskell Junction. After escaping that, I found myself on the Train of Thought headed to the Hectic Hills. And then…

Actually, it was more about reaching the end of a journey, which is to say finishing Phoenix: Dawn Command. Dan Garrison and I have been working on Phoenix for almost three years. From June to October of 2015 I was pretty much getting up and working on Phoenix until I went to sleep, and most of my social activity for the last two years has been playtesting. It has been a thrilling journey and I can’t wait to share the game with everyone, but it was also somewhat exhausting. After I turned in the final manuscript, I ended up getting pneumonia and being out of circulation for a month. Between the crunch to finish writing and being sick I fell off social media, and once I got back on my feet I’ve been too busy to get back online.

Busy doing what? Well, just because I’m done writing Phoenix doesn’t mean its journey is over. The Twogether crew has spent the last few months dealing with print and layout issues; that’s not my personal specialty, but I’ve been doing the best I can to help with the process. Beyond that, I’m working on four new board and card games. One is a new set of Gloom, which I’ll discuss in more detail in an upcoming blog post. The other three are unfortunately all under wraps right now. I’m excited about all of them, and I’m looking forward to revealing more when I can. And along the way, I managed to sneak in a contribution to Widow’s Walk, the upcoming expansion to Betrayal At House On The Hill. Betrayal is a long-time favorite of mine, and it was great to have a chance to lend a hand.

I don’t want to go on too much farther, but I am going to do my best to keep the site updated more regularly moving forward. Here’s a quick summary of a few important topics.

When will you see Phoenix: Dawn Command? After a variety of delays, Phoenix is finally going to press. The printer predicts that the game will be ready to ship on May 30th. After that it still has to make it’s way across the sea, fight through customs, and then get from us out to backers. So I can’t yet say exactly when you’ll be able to order it or find it in your FLGS, but it will be sometime in summer. As we get closer to that date, Dan and I will be doing more posts about the world and the game. One of the most exciting things for me is to have a new world that I can explore without any restrictions; once the core game is out, I’ll certainly be developing it in more depth.

What’s up with Eberron? I don’t have any concrete news for you at this time, but I remain optimistic. The DM’s Guild has recently unlocked Ravenloft as a setting, and I am certain that Eberron will eventually get the same treatment; it’s a question of when. If you want that to be sooner rather than later, it never hurts to express your wishes to WotC on social media(say, at@Wizards_DnD on twitter). There’s a lot of topics I am keen to explore as soon as it is possible to do so – so fingers crossed that it won’t be too long! In the meantime, I will be getting started with new Eberron Q&As here, starting within a week.

Where am I going? I have a few appearances locked in at the moment…

What am I backing? It’s a big month for crowdfunding.

If you know other things worthy of attention, post them in the comments!

That’s all for now, but I’ll be posting an Eberron Q&A next: ask any questions below!