Eberron: Rising From The Last War is out in the world, but I’d still hard at work on my next project. Rising provides a basic introduction to the setting, while Exploring Eberron delves deeper into aspects of the world that have received relatively little attention—from the aquatic nations of the Thunder Sea to the newly introduced idea of the Mror dwarves working with symbionts. As part of the development cycle we commissioned new art from a host of fantastic artists. The image above is the mock-up of the front cover; below you can see the full wrap-around image, designed by artist Thomas Bourdon.

In developing the book, Wayne Chang and I developed a few iconic characters who appear in multiple images. Here they’re dealing with a few friends from Dal Quor (note the portal in the background), which ties to the planar content in the book. But each one has their own story. Ban is a golin’dar (goblin) rogue with ties to the Sharaat’khesh. Dela Harn d’Cannith is an artificer with the Mark of Making, pursuing research forbidden by her house. Rev is a warforged barbarian who’s been extensively repaired and tinkered on by Dela; his name is short for “Revenant,” after a comrade remarked on the number of times Dela brought him back to life. Rusty is a dwarf warlock and wandslinger from the Mror Holds. And Gentle is a kalashtar monk. If you’re wondering what’s up with her claws, Gentle and Dela are both using subclass options presented in the book, while Rusty’s symbionts are also in the book.

Let me know what you think of the cover! And thanks as always to my Patreon supporters! 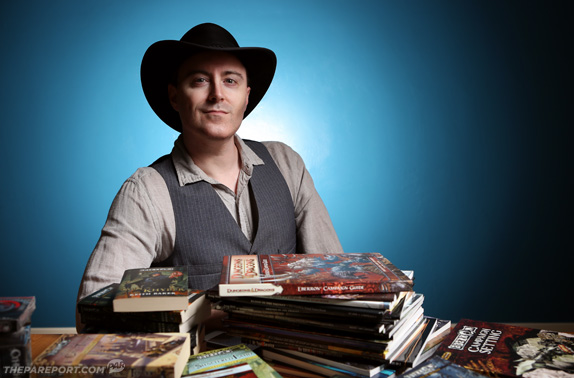 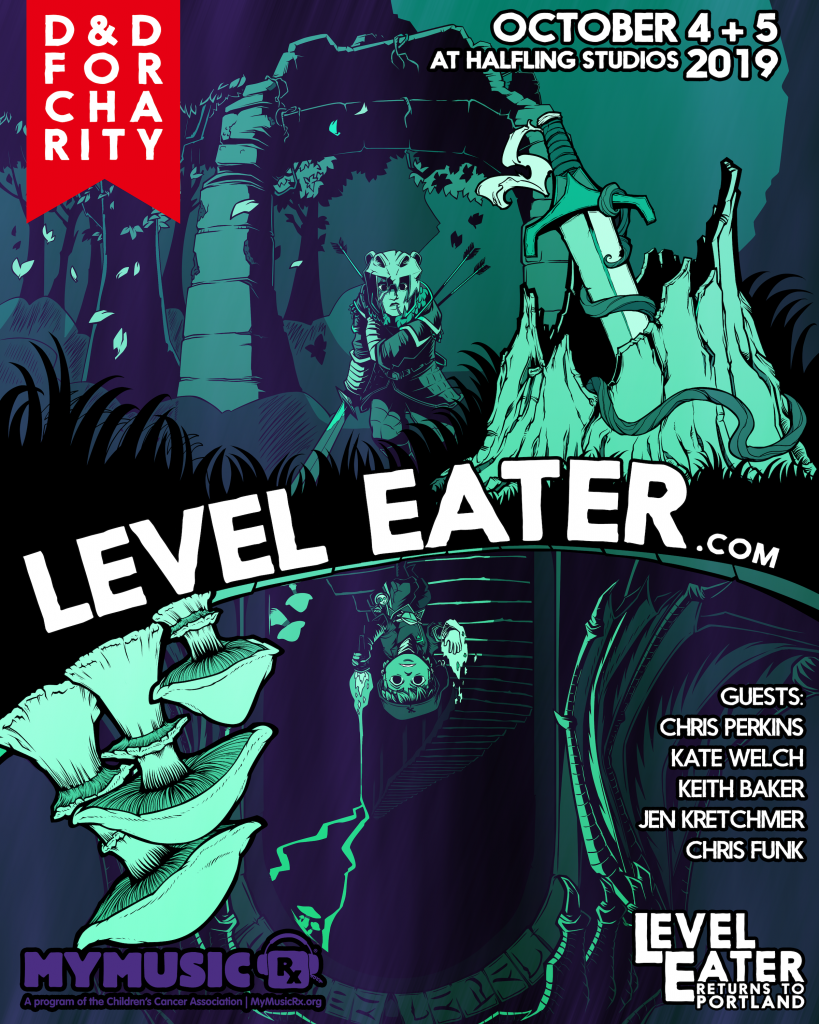 KB Presents is pleased to announce a brand new Eberron sourcebook coming to PDF and print-on-demand hardcover for the Dungeon Masters Guild! Written by Eberron creator and designer Keith Baker, Project “Raptor” expands upon Eberron as only Keith is able to, including never-before-explored areas of the setting.

This 160+ page book is slated for a late 2019 release, with exact launch date to be determined. Keith’s writing will be accompanied by illustrations from a range of talented artists, and supported by a dedicated team of professionals for editing, layout, and project management.

A design diary on the KB Presents Facebook page will provide project updates, spotlights on the team, and teasers of the work-in-progress, as well as features from Keith’s blog (www.keith-baker.com).

At the mandate of the hat, we hope you are as excited as we are compelled to be, and we look forward to bringing you more Eberron in the near future!

What is Project Raptor? From the moment Eberron was released, there have been places and things I’ve wanted to explore in more depth—things that intrigue me, but were never fully explored in the official sourcebooks. Ever since Eberron was unlocked in the DM’s Guild, I’ve been looking forward to the opportunity to finally dig deeper into some of my favorite topics. The book will be released late this year, and I’ll talk more about the specifics over the next few months, but I’ll give one example now. For me, one of the intriguing elements of Eberron is its planes. Whether you view it in absolute isolation from the Great Wheel or consider it to be a shielded reality, Eberron has its own unique planar cosmology. Aside from the possibility of planar travel, manifest zones and coterminous periods allow the planes to influence adventures at all levels of plane. And yet, over the course of fifteen years, we’ve never explored the planes of Eberron in enough depth to fully support that potential. Project Raptor will dig deeper than ever before, finally exploring the potential of the planes. Here you can see two of the pieces of art commissioned for the book. This is the Amaranthine City, the heart of both Irian and Mabar—an immortal city that embodies both hope and despair.

KB Presents is the work of myself and Wayne Chang—one of my cohosts on the Manifest Zone podcast and the mastermind behind the Across Eberron adventure path. I’m writing the content for Project Raptor, while Wayne is coordinating production and physical design, including a legion of amazing artists. As noted in the announcement, we’ll be spotlighting those artists and their amazing work in the months ahead, as well as revealing other subjects covered in Project Raptor.

To be absolutely clear: Project Raptor is NOT an official sourcebook. Unlike the Wayfinder’s Guide to Eberron, this is being produced by KB Presents alone and will not be supported by Wizards of the Coast. This is your glimpse into my Eberron; it will be released on the DM’s Guild, and available in print on demand.

Eberron awaits, and I look forward to exploring it together!