If you’re interested in Eberron, Phoenix: Dawn Command, or my opinions on random TV shows, here’s a few things you might want to watch or listen to.

For around the last twenty years, I’ve had a weekly phone call with friend and fellow game designer Andrew Looney. Sometimes we talk about game design or our latest projects; other times we talk about the shows we’re watching or stories we’re reading. We call this The Download, and in 2015 Andy suggested we make it a podcast. I’m not sure if it’s interesting for anyone but us, but if you’re curious what two game designers talk about, check it out.

But that’s not my only podcast. If you’re interested in the Eberron Campaign Setting you should definitely check out Manifest Zone. This is a podcast about Eberron, and each month Kristian Serrano, Wayne Chang, Scott W and I will be discussing a particular aspect of the setting and how it’s relevant to both players and gamemasters.

And as long as I’m talking about podcasts, I’d be remiss if I didn’t mention the Going Last podcast, where I’ve been an occasional guest and co-host.

If visuals are more your thing, I wanted to draw attention to Maze Arcana and Saving Throw, two livestreams tied to RPGs I love. Maze Arcana is a D&D 5E livestream featuring the fabulous Satine Phoenix, GM Ruty Rutenberg, and others. I’ve worked with Satine for the years on the ChariD20 charity RPG events, and I’ve enjoyed consulting with her and Ruty on the story behind Maze Arcana. Meanwhile, Saving Throw is the only place where you can see Phoenix: Dawn Command in action – including a session run by me in season one! Honorable mention here goes to RoleOut, an Eberron livestream from Oz Mills.

Last but not least, if you’re in the Memphis area I’m the gaming guest of honor at MidSouthCon this weekend, and it’s a chance to play or discuss Eberron, Phoenix: Dawn Command, Illimat and more. I hope to see some of you there! 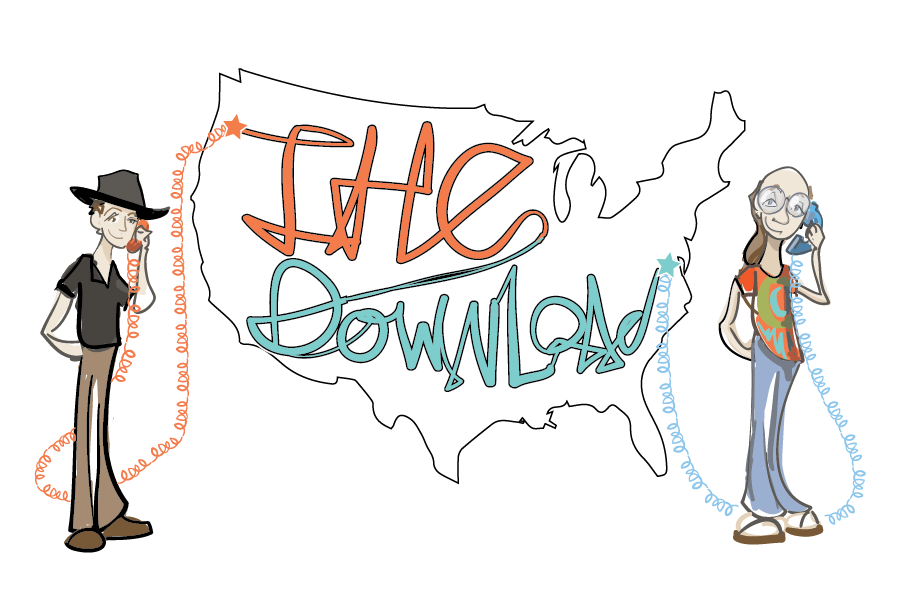 Andrew Looney – who you might know as the creator of Fluxx, Loonacy, Looney Pyramids and many other award-winning games – is a longtime friend of mine. Around 15 years ago, we decided to have a call each week to keep in touch… talking about work, life, and the things we’d been reading, watching or playing. This became known as “The Download,” and we’ve kept it up ever since. Now we’ve decided to let anyone who wants to listen in on the call. This is an experiment, and to be clear, this is still just our casual phone call. We’re not scripting anything. Many of the topics may interest anyone but us. But it’s a chance to get some insight into how our design process works and the secret life of game designers. If you want to listen in, you can find The Download here.

I’m in the middle of multiple deadlines right now, but there’s a number of things I hope to post about this week… including an update on Phoenix Dawn Command, my upcoming convention schedule, and an Eberron Q&A. All that in upcoming posts!